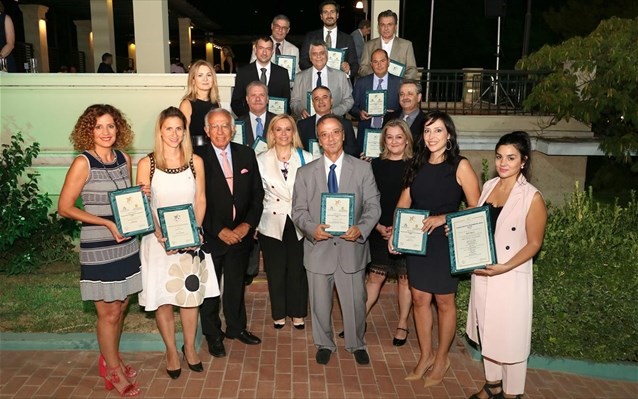 ETHICS, ECONOMY AND THE JUSTICE CONCEPT

The 10th event of EBEN GR Awards held at Tennis Club Athens was attended by the Board of the Business Ethics Institute, important factors in the business world, members of the international academic community, members of EBEN GR as well as of the
EBEN EUROPE, Business Professionals and Organizations with active contribution in the fields of Social Responsibility and Business Ethics. The award event was part of the highly successful Annual Research Congress of EBEN EUROPE at DEREE COLLEGE premises.

The President of the European and Greek network of EBEN GR Anthony Gortzis said to the attendants, that EBEN GR (as a member of the great European EBEN EUROPE Network) work,helps businesses to apply systems and policies that contribute to corporate sustainable development and the wider social welfare

The event was welcomed by Prof Geert Demuijnck President of EBEN Europe highlighting the special contribution of business ethics in achieving sustainability at international level and stressed the successful course of EBEN GR.

Then the Gen. Secretary EBEN GR Ms. Gelina Karella announced the names of the companies that received the certification for 2017, followed by the award ceremony.

Honorary praise was given by EBEN GR to ALPHA BANK as well as to ION SA for their contribution to the EBEN work. Also special distinction was given to Mrs. Anna Nikolaidis .

The event continued with the presentation of the student contest supported by ALPHA BANK and the University of Nicosia . The best dissertations were chosen after a thorough evaluation from the Academic Committee, headed by Mr. John Friend, Assist. Professor of Panteion University. The first award was received Ms ARROWS ARETI (ARISTOTLE UNIVERSITY OF THESSALONIKI) while the second one received Ms NIKOLAIDI ANNA (NATIONAL KAPODISTRIAN UNIVERSITY OF ATHENS)

Sponsors of the event and the conference was the ALPHA BANK , the American College of Athens (DEREE COLLEGE) and ION SA

Promoter of the event and the conference was the Panteion University , the company ICAP GROUP and the media sponsor was Naftemporiki