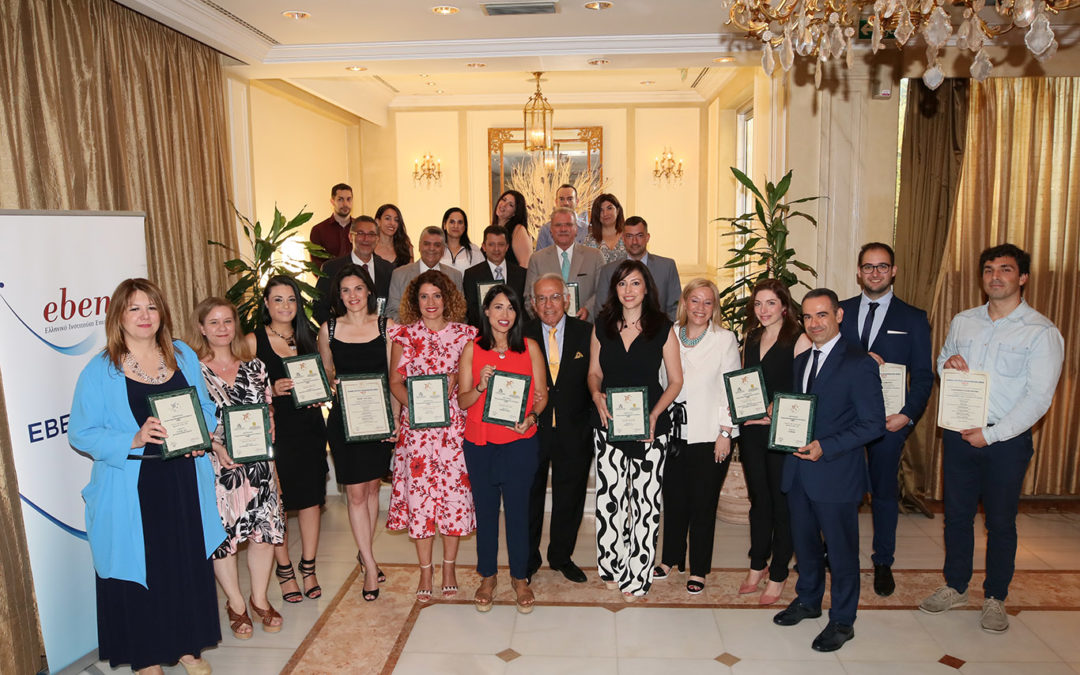 The Business Ethics and the Role of Culture in an Organization”

The President of EBEN GR Mr. Anthony Gortzis in his speech, stressed to the audience, that EBEN GR (as an active member of the great European EBEN EUROPE Network) work, helps businesses to apply systems that contribute to sustainable corporate development as well as to the broader social welfare. EBEN through research presentations on business ethics, contributes into promotion of research findings to all international academia. The RME is one of the most distinguished standards upon which the formation of the new stock index DEX-DEUTSCHER ETHIK INDEX in Germany was developed.

Mr. D. Mathios, President of the Federation of Industries of Piraeus and Athens welcomed the event.

The Gen. Secretary of EBEN GR, Ms. Gelina Karella, announced the names of the companies that awarded the certification for 2018, followed by the award ceremony.

See here video from the award.

The 15 certified Companies were the following:

Mr. A. Caracallas, Vice President of EBEN GR, closed the event with a review of EBEN as the oldest representative of business ethics for Organizations and Academia in Europe. He also referred to the important new RME scorecards such as HUMAN RESOURCES, SECURITY and SUSTAINABLE REPORTING which are expected to be ratified next year by EBEN GR.

Supporter of the event was Panteion University, the ICAP GROUP and Naftemporiki as media sponsor.